Other than libraries, Ranganathan Society for Social Welfare and Library Development (RSSWLD) is also involved in Vastra Vitran i.e., providing blankets and other woolen clothes in winter season to the poor and needy people. The NGO’s primary goal is to spread happiness and achieve their goal by donating blankets and woolen clothes as much as possible in a year. There are a lot of poor people who live in a tent or in the street in winter. Like us, they also want a cozy blanket or woolen cloth so that they protect themselves from winter. Like every year, there are a lot of people who die in winter. Especially in Delhi, from October to January; it is extreme winter. Hence,  RSSWLD has taken this initiative to distribute clothes to the needy person.

In 2018-19,  RSSWLD distributed around 2000 blankets to the needy inmates of the following Jails:-

Many such events have been initiated in the past as well.

On  5 January 2012 Clothes donation event was organised at Dasna Jail. 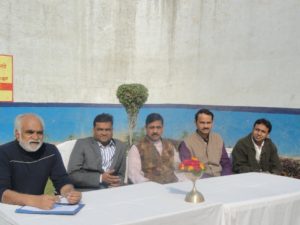