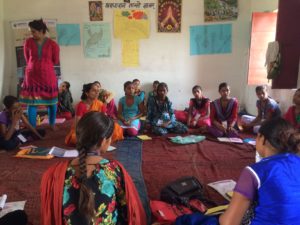 चिरैया (Chiraiya) is a Hindi word meaning ‘a bird – sparrow’. Sparrows are symbol of Hope. It inspires us to strive hard and succeed. Project “Protsahan Chiraiya” took this name as it was conceived to empower the girls who are on the margins of Indian society and to give them wings to fly. The project is centered on providing a leadership and grooming platform to the underprivileged girls who were trained to become future leaders/ ambassadors to create awareness about health, hygiene, education, environment, interpersonal relationships etc. in their village. They were oriented to perform the role of torch bearers /facilitators/motivators who would further propagate the vision of Project “Protsahan Chiraiya” across villages. The project was launched by BIMTECH and implemented by RSSWLD at ‘Neemka village’ in April 2016 and till now 200 girls have been imparted training in Life Skills Education, Basic English Education, Livelihood skills and in Digital Literacy 270 students have been trained. 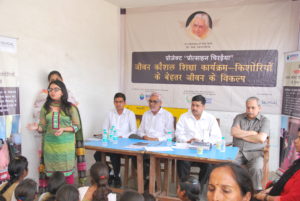 The Project is a visionary social mission instituted by BIMTECH and RSSWLD to commemorate the first death anniversary of founder member of BIMTECH – ‘Dr. Sarla Devi Birla’. With its mission “To felicitate the dissemination of knowledge and information at the grass root level in rural communities, the project was initiated at village Neemka Shahjahanpur, Block Jewar, GB Nagar, UP. After the launch of the programme, beneficiaries were named as “Chiraiya”. Prior to attending this programme, most of the Chiraiya were very shy and were scared of talking to people and never came in front of guests at their home. Many of them were either planning to leave the formal education or some of them had already left. Problems like uneducated parents, lack of educational facilities, and other social ills too prevailed in Neemka village. Looking at the condition of the girls the curriculum of Project Protsahan Chiraiya was designed. The project is broadly divided in two parts namely Life Skills Education (LSE) and Digital Literacy (DL). 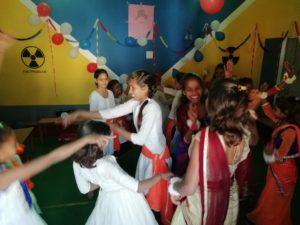 Project “Protsahan Chiraiyya” has been initiated with the vision of augmenting life skills among young girls from the rural belt. The project was launched with the vision to sensitize the rural underprivileged adolescent girls about aspects of good quality life, education, health as well as their roles in the community. The project is centered on providing a leadership grooming platform which aims to identify “Protsahan Chiraiyya” from among the girls who will be trained to become future leaders/ ambassadors to create awareness about health, hygiene, education, environment, interpersonal relationships, etc. in their village. They were oriented to perform the role of torchbearers /facilitators/motivators who would further propagate the vision of Project “Protsahan Chiraiyya” across villages. Project Chiraiyya is firmly focused on developing, mentoring and educating teen girls. Disempowered girls often become disempowered women, whereas empowered girls become empowered women who contribute economically, intellectually, academically, and emotionally in our communities, country, and the world. 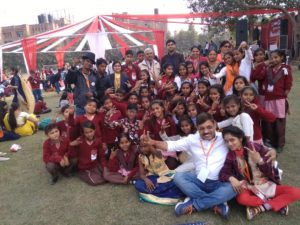 The acute deprivation of the poor and their eagerness to learn was the main strength of this project. The project is primarily for the poor and underprivileged sections of the society, especially for the girls aged between 12 and 18 years and belonging to Scheduled Caste and Minority Communities, primarily Muslims. The project is designed for a batch consisting of 25-30 girls attending lower middle-and-upper middle classes at the government schools as well as school dropouts in the area. The selection of members in the batch has no bar on caste or creed. These girls were named as Chiraiyyas and ample efforts were put in to educate them as education gives the lights to see, wings to fly, and music to sing. This name was given to the girls in order to make them so self-sufficient that they go out to bless the world with their love. The digital literacy programme which is the second phase of the Project “Protsahan Chiraiyya” has opened its arms for not only other children of the village Neemika but it is being extended to the other children of the nearby villages. Project “Protsahan Chiraiyya” has made a difference to several poor families in the Neemka village by providing basic education and imparting essential life skills to the village girls.

Time Line and Enrolment of the Programme 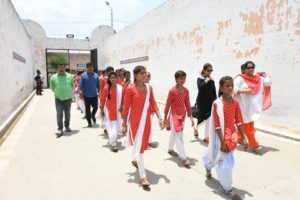 The Programme is divided into two phases, the first phase was identified as Life Skill Education which was undertaken and executed over a period of two years starting from April 2016 and completing in March 2018 and the Second phase which was initiated 22 July 2018 as Digital Literacy Programme and its three batches were completes as on 31st December 2018. Classes for next three batches of DLP started on 15th January 2019 and completed on 14th June 2019.  Classes for 7-9 Batches of  DLP has been started on 25 July 2019 with 90 students at the Ucch Prathmik Vidyalaya–I, Neemka Village, Jewar Tehsil, Greater Noida (UP).